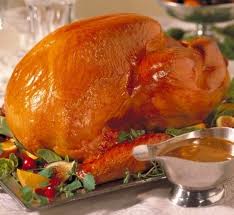 In contrast to our Continues Daily Complaining … I suggest we adopt the Thanks Giving custom and be thankful, for once, for what we have, instead of nagging for what we don’t or for what we should (not even could) have. Even more when we are being deprived some of what we used to have (like these days).
But I guess we feel like the Native Americans (those we call “Indians”) that stage a protest on the occasion of the “American Indian Heritage Day”. Like them that lost their world when the ex. European pilgrims and settlers took over their lands, we probably feel the same.
Since 1821, those same “pilgrims” from the East and the West (Great Powers) come to our land and took it over from the natives, the indigenous peoples of “Ynanistan”. And if that was not enough, they gave it to the Greeks, the descendants of Aristotle, Plato, Pericles and Archimedes, those that gave to the world all of what it makes it today. (The western world that is) Science, Philosophy, Democracy, Fine Arts and Architecture, Poetry, Literature, Drama and Theater; and I must be forgetting some other contributions of ancient Greece to the western Civilization.
So let’s be thankful, for once, not to the “Great Powers” that hunt us but to our Greek Heritage. That is why we stand today as a nation. That is why today there are National States. That is why there is a Europe and a Union to fight for. That is why we are not still an “Ottoman Province” or not called “Former Turkish Province Of Yunanistan”.
(www.thefreedictionary.com/Former+Turkish+Province+Of+Yunanistan)
Let's be thankful for what we have!
Thanks Giving Day in the US: http://www.timeanddate.com/holidays/us/thanksgiving-day
Αναρτήθηκε από GL στις 11:24