This post was originally written back in November 2011 as a draft for a Letter to the former PM. I believe it remains a relevant assessment of how we have arrived to this predicament. The first paragraph has been edited to account for today.
[The missing first paragrapgh]
The Greek PM made a very dangerous mistake by declaring his intention for a referendum last November. First because he already had an agreement with the other EU leaders and second because people should never be asked: "do you want to pay your taxes or not", or "are you happy with the new memorandum, or not". On the first ground, by declaring a ref. he left his lenders (not partners) hanging. On the second ground, when you address the sentiment of people you get a sentimental response. Logic needs a logical approach to work. The Greek PM (GAP) hid behind the question. He also hid his cabinet’s failure to tackle the problem effectively (not an easy task admittedly). But his indecision has caused us a default and increased the risk of Greece exiting the EZ and EU altogether. Many would argue, as they had, that this was unavoidable. Historians would do justice to those. But at some point in time there was a way out. All he had to do was start working on the structural problems that made Greek deficits almost permanent. Reduce the public sector, privatise State assets and services and use the proceeds to deleverage. The private sector was at a much better shake three years ago. Now, two years after the first bailout, the private sector has weakened to the point of breaking and still the government has not address the issue. Instead, he declared war to the private sector, in the name of the people. So, instead of throwing needless referendums (one of his great aspirations) he should have put his government to work. Last November, when he couldn’t go on anymore, he should have resigned and ask people to elect a new government with a clear mandate. 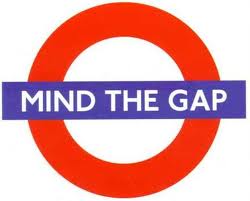 On the issue raised by many commentators and analysts, regarding the easiness of the “solution”, I’ve never said it was easy or not without serious repercussions to people and the society (Greek) overall. I am Greek, I live here (on the ground) and demonstrations run under my office (still have a job) every time. I witnessed the MARFIN branch burning, etc. I am not implying that the solution is simple. However, when you have to reduce Gov debt, there are two things you can do. Balance the budget and sell assets and use the proceeds to buy back debt or default. On the first subject, depressed asset prices (i.e. in the stock exchange) had not always been that depressed hence the delay is the government’s misdoing. Yet, at the same time, Greek debt prices have fallen as well. I have recently commented on FTAV that with each 100 Euro of revenue from sales we could be buying 270 Euros of nominal debt. So, with 5 bn of revenue from such sales we could be retiring 13.5 bn of debt or 6-7% of GDP. Furthermore, that kind of action would have signaled markets that we mean business. This can be argued on and on. Inaction is the fact thus my criticism. On the subject of unemployment I agree, however, things could have been different if we have not lost so much time and money.
Back in November 2009, I had calculated what we needed to do in order to reduce debt to GDP below 100% using the official budget figures and an estimated number of public salary/fee earners of c.a. 1 mio. It went like this:
and all that with admittedly milder forecasts about nominal GDP growth (still more aggressive than the at-the-time estimates by the IMF and EU) and some more aggressive inflation numbers, pretty much the kind we are actually experiencing. Price inflation in Greece is a direct consequence of the structural inefficiency of domestic markets. All this was an exercise but it had one basic assumption: we don’t lose time because if we don’t balance the budget fast and turn to surpluses-not merely primary but actual budget surpluses- the time lost will make debt to GDP unmanageable (today it is), weaken the private sector to the point that it cannot operate including the banks.
What actually has happened has caused mass layoffs in the private sector, instead in the public one where the problem is, and thus made the whole solution almost impossible without a hard default.
This government (Papandreou's) lost time and time was the only thing we didn’t had.
We all need to realize that the public sector can no more be regarded as a mass employer, simply because it cannot afford it (we cannot- you, me and all the other tax-paying subjects). Evasion of taxes has to be tackled but it is as hard as it can be, simply because it is considered by many as a “magkia” to avoid taxes, something that most Europeans find hard to comprehend, and rightfully so, imo. (The translation of “magkia” in English is misleading but the Greek meaning has its origins in the Ottoman times were tax collection was an act of discrimination between Christian subjects –taxed- and Ottoman Muslins that were tax exempt).
Finally, we need to start again making things that others want to buy and sell them abroad to foreign markets thus reduce the huge trade deficit with real exports and not transit items or unwanted inventories (i.e. Olympic airways airplanes, imported medical drugs). We need to reinvest in the primary sector, agriculture, energy and basic resources and not just tourism because the latter is also the most cyclical of all services. We need to implement programs that will allow foreign companies to base factories in Greece, with low tax regimes – solely for exports to other markets, even with reduced wage agreements. Unemployment is far worse than a lower wage.
Finally we need to get serious and start working. Recovery, like freedom, is not an entitlement but a conquest that we have to fight for. (imho)
PS. we cannot devalue -via drachma (GRD)- ourselves out of this crisis since we import goods and services and have hard currency debt (official sector and PSI-EFSF).
Αναρτήθηκε από GL στις 14:25